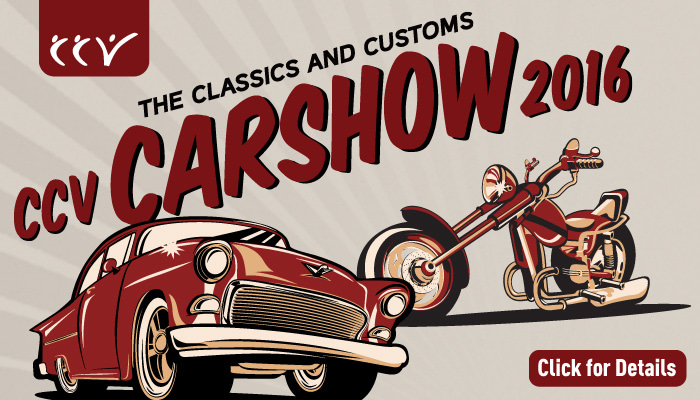 Reaching unchurched men and drawing them to a church can be challenging. We recently did a successful campaign for Christ’s Church of the Valley (CCV), a multi-campus church located in Phoenix Arizona that contracted with us to promote this event.

We applaud CCV’s sound thinking for planning an event with the potential to reach this demographic. Their heart lies in facilitating conversion growth within their church body and we have the utmost respect for their Kingdom building efforts. 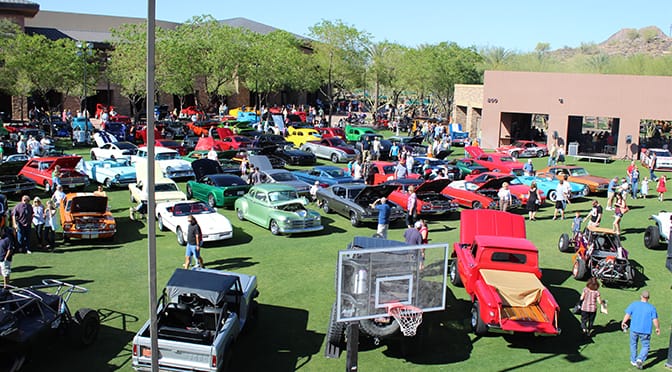 The Importance of Reaching Unchurched Men

It is vital for churchess to reach men, because they are a lynch pin in their families.

Bringing men into the church fuels church growth. Baptist Press makes the case in the article titled Want Your Church to Grow? Then Bring In The Men. Here is an excerpt:

“I doubt that comes as a great surprise to most people,” said Sid Woodruff, men’s ministry and deacon ministry specialist in the church resources division of LifeWay Christian Resources of the Southern Baptist Convention. “We don’t have to have statistics to tell us this is true. There is something in the hardwiring of creation that naturally causes wives and children to look to husbands and fathers to lead out.”

The statistics, Woodruff said, shout the importance of churches becoming more intentional in their development of ministries for men. 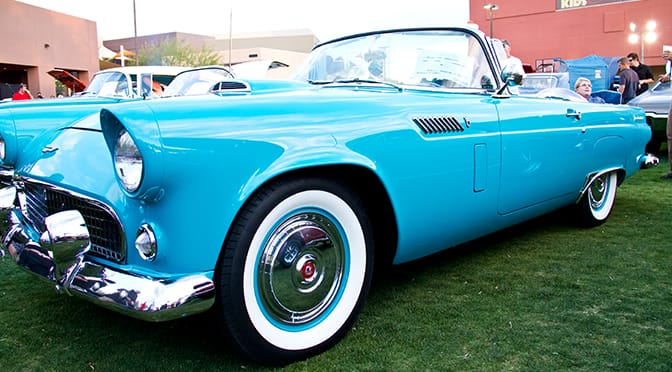 Rick Warren does a nice job of defining “unchurched” in his book The Purpose Driven Church. Here is what he said:

The term unchurched doesn’t refer to only people who have never been inside a church. It also includes those who have a church background but no personal relationship to Christ, and those who haven’t been in a church for some time, usually years.

During the Spring we ran an online banner advertising campaign for CCV’s Car and Bike Show. 1,090,914 impressions were delivered over a period of two months. This resulted in 13,516 clicks to CCV’s website. Also, 554,337 people saw the adverts. The tables below summarize the results. 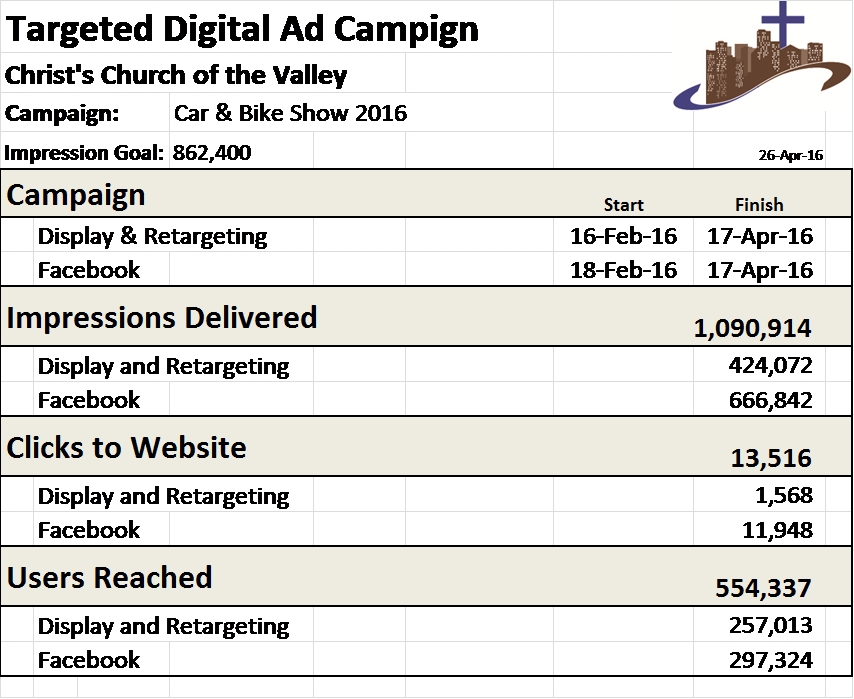 4242,072 impressions were generated in the Google Display Network and the Retargeting Network. These ads appeared on 40,507 websites with the bulk of the impressions occurring on 2,052 websites. This generated 1,568 clicks to the church’s website. The table below shows the details of the Display and Retargeting results. 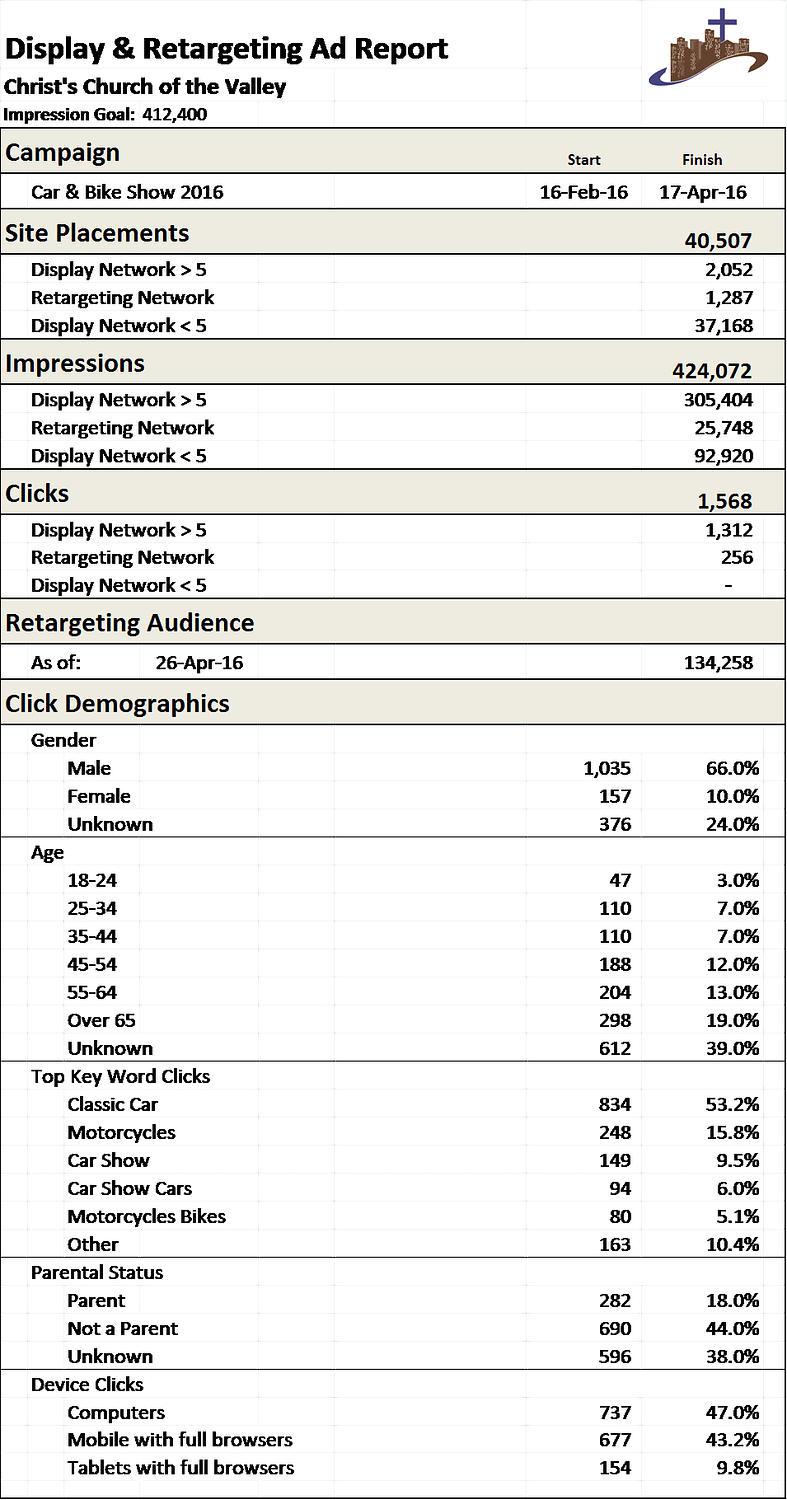 Shown below is the top 50 of the 2,052 websites that the Car & Bike Show campaign appeared on. 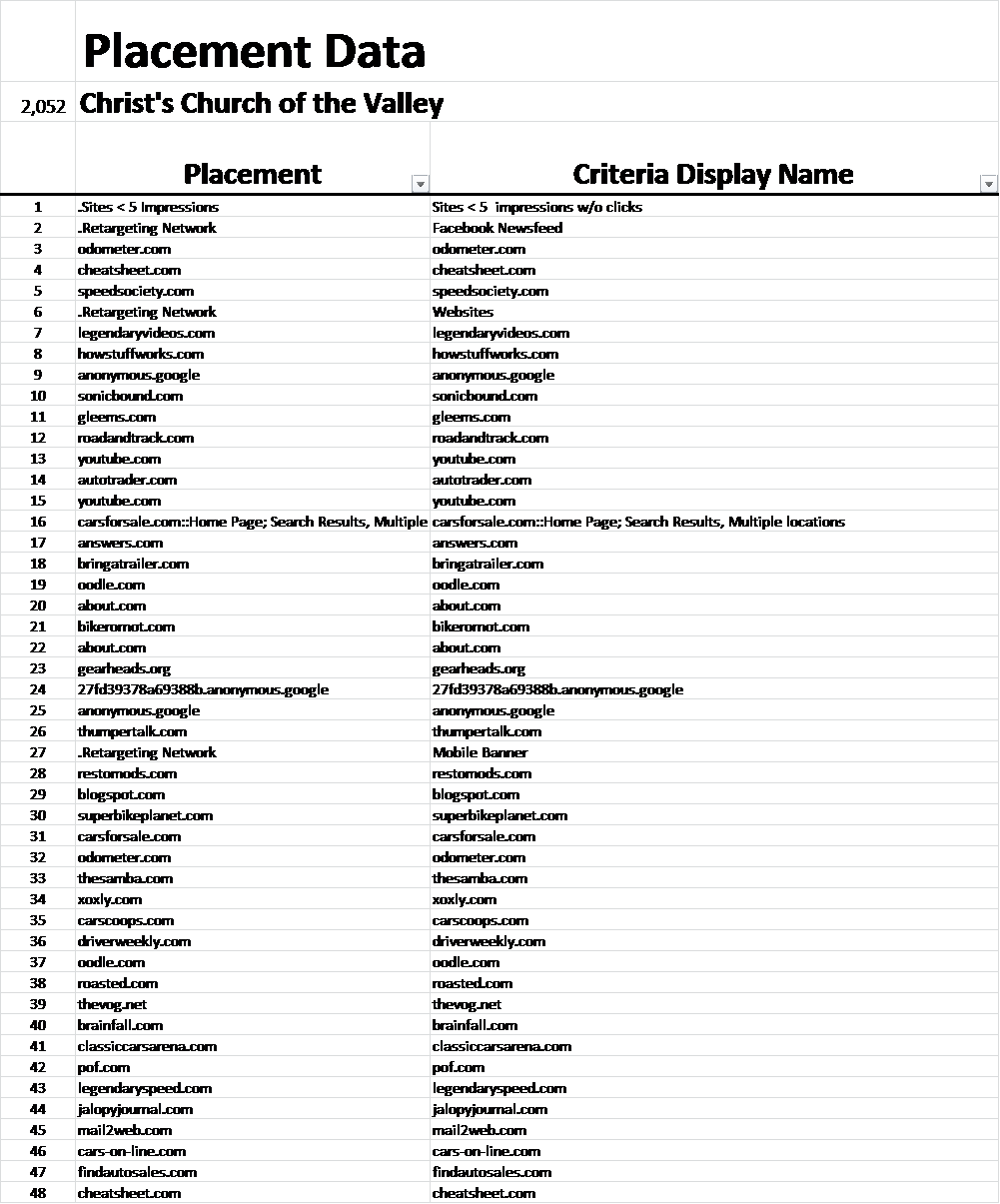 Facebook reached 297,324 people, many of whom were unchurched men, and they were served 666,842 impressions during the campaign. As a result, there was 11,948 clicks to the church’s website. The details of this church Facebook campaign are shown in the table below. 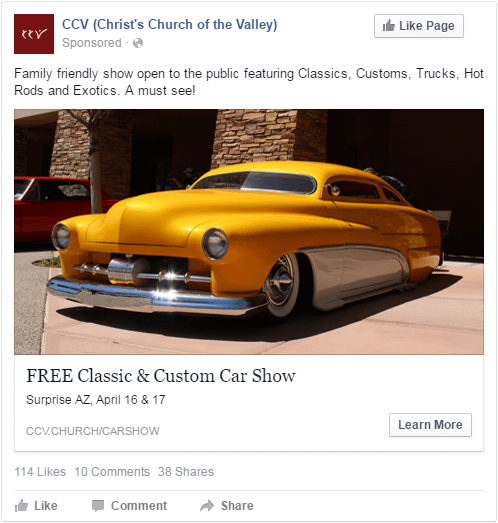 Targeting For Evangelism Is Biblical

Here is what Pastor Rick Warren. the author of The Purpose Driven Church says about a church targeting an audience for evangelism.

The practice of targeting specific kinds of people for evangelism is a biblical principle for ministry. It’s as old as the New Testament. Jesus targeted his ministry. When a Canaanite woman asked Jesus to minister to her demon-possessed daughter, he publicly stated that the Father had told him to focus on “the lost sheep of Israel” (See Matt. 15:22-28).

Strong growth oriented churches like CCV have sound approaches to starting a relationship with people who are drawn to their church by an event such as the Car and Bike Show. For example they are good at gathering contact information from visitors and they have strong relational approaches for further connection. In other words they are in touch with the fact that getting a man to visit their campus is just one step in a relational journey that with the help if the Holy Spirit culminates with that man accepting Jesus as his Lord and Savior.

The 13,516 clicks to CCV’s website that were generated by this campaign will help the church’s search ranking with Google. As we discussed in an article titled Church Web Traffic Impacts Church Growth, it is good for churches to generate as much as they can. 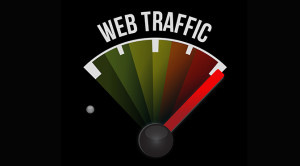 We can help churches measure their web traffic as well. This is discussed in the article titled Digital Church Growth Measurement, and Church Web Traffic Dashboard.

Church advertising is only one aspect of the complex subject of church growth, but it is imperative to do so.